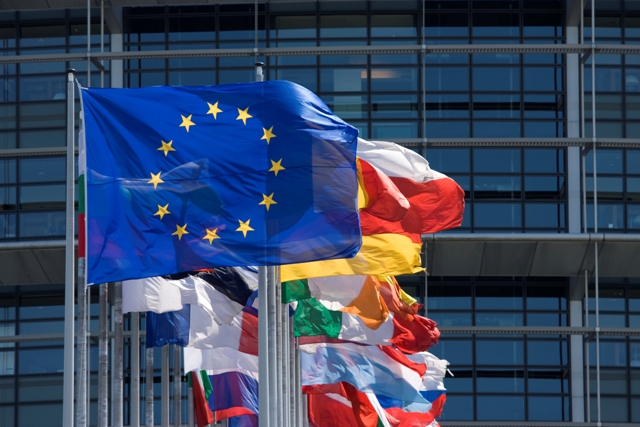 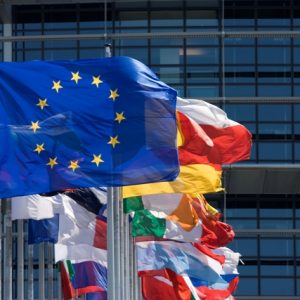 As litigation lags ADR experts are pushing for greater adoption of mediation. In some European countries litigation can take a decade

Alexander Oddy was instrumental in putting together the new mediation guide for Europe, which was recently released by CPR Institute for Conflict Prevention & Resolution (see related stpry). We asked him to discuss the situation in Europe and how improved ADR can assist in-house counsel.

Can you contextualise the need for the ADR guide against the backdrop of litigation today?

The situation in Europe in terms of domestic litigation and related use of ADR is a picture of wide variation above all else. The significant majority of Member States operate under civil law systems of justice where litigation is, at least as compared with common law jurisdictions, relatively inexpensive due primarily to the absence of disclosure/discovery as well as different approaches to fact-finding in litigation. The low cost of litigation can come at a significant price in terms of its duration.

Jurisdictions such as Italy and Spain are notorious for the huge backlogs in the hearing of civil actions. Consequently organizations that seek recourse through the courts may not obtain answers to the questions posed in litigation for many years even for a first-instance judgment, following which protracted appeal processes can extend times for resolution towards a decade in some matters.

Conversely, in common law jurisdictions such as in England and Wales the time taken for resolution matters which can be somewhat quicker but the cost of dispute resolution is materially higher than in the civil law jurisdictions. The costs then provide their own incentive for parties to resolve at least some matters.

The Member States in a variety of ways implemented the EU Mediation Directive of 2008 in 2011. Some Member States, like the UK, opted for the minimum requirements so as to apply to cross-border disputes only where disputing parties are in different Member States. Other jurisdictions like the Netherlands, France, Germany and Italy implemented the directive to apply to cross-border and domestic disputes. Anecdotally, however, the adoption of the Mediation Directive to apply to domestic disputes in those jurisdictions has not necessarily had a profound effect on behaviour patterns in terms of ADR use.

Who uses it? Are there some sectors/industries making more use of it?

ADR processes and in particular mediation are used widely (but inconsistently) across Europe and there is no evidence to suggest that some industry sectors make more or less use of ADR. Inevitably those industries that are routinely heavy users of court systems such as insurers and banks will, on a volume basis alone, be significant users. On the contrary, research into how corporates use ADR has shown that the primary factor of driving ADR use by corporations is the approach of those in-house lawyers who influence the cooperation’s behaviour in disputes.

Indeed, across Europe the picture is one of wide variation – many organizations have in-house lawyers who are familiar with ADR processes. They understand the advantages and encourage systematic use of ADR in civil and commercial disputes to achieve cost and timesavings and to preserve business relationships when possible.

However, there remain swathes of Europe where corporations report that their counterparties in disputes (or the external counsel) are unfamiliar with ADR processes and that this lack of understanding is the primary obstacle to take up.

Consequently it is this variation in understanding that drove the project to produce the CPR Institute European Mediation and ADR Guide.

Does use vary based on country in Europe? If so who has been relying on it most? Why?

See the answer to the first question above. It is difficult to point to any reliable data on numbers of mediations, although undoubtedly Italy has seen a huge increase in mediation as it tries to grapple with the backlog of the civil cases. Conversely in Spain, which experiences some similar challenges to Italy in terms of the number of civil cases, uptake is still in its infancy, albeit there are encouraging signs of interest amongst parts of the corporate dispute resolution community.

In England and Wales the Civil Procedure Rules encourage the use of ADR, supported by cost sanctions for those who refuse unreasonably to consider mediation with the result that mediation is an intrinsic part of the conduct of civil litigation. The majority of civil actions will now see the parties consider and attempt mediation at some stage, either pre-action or during the life of the case.

Given the great variety of jurisdictions within the EU, how is the toolkit designed to be a helpful resource?

The European Mediation and ADR Guide is above all a practical guide for organizations, their in-house counsel and external counsel. While mediation practices vary somewhat across Europe and national systems of law vary as well, the heart of the mediation process and the key concepts that make it effective are common across Europe. The approach of the Guide, therefore, is to explain those common elements of the process, identifying where users may need to give particular consideration to domestic issues.

Any in-house counsel that reads the guide will be well prepared to identify disputes suitable for mediation, to persuade a counterparty to engage in the process, to select a mediator and to prepare and participate in mediation effectively. The guide also includes a large number of hyperlinks to other resources, which provide detailed practical information and guidance so that those who wish to delve deeper can do so.

ADR is still a relatively new phenomenon. How has it evolved in the corporate setting over the last 20 years? Do you see any trends now or in the future?

There has been a range of stimuli for corporations to embrace ADR use over the last 20 years. Initially in the early 1990s, the earlier adopters were typically organizations that had some experience of mediation in the US and were open minded to try the process in a European setting. This was supported by changes to the civil procedure rules in England and Wales, which brought mediation use to the heart of the civil justice system. Yet other factors such as the Mediation Directive have more recently had an effect on the landscape albeit one that is difficult to quantify.

As commerce has become ever more global, many corporations have realized that the cost of international disputes is prohibitive and the use of ADR tools like mediation offer opportunities for quicker, confidential and more cost effective ways to resolve disputes with trading partners, through a process which is sufficiently flexible to accommodate different cultural preferences and dynamics. This trend is surely only set to continue over time, supported by the growth in online dispute resolution, tools and processes that frequently overlap with ADR tools.

Many businesses now use some element of ADR processes to facilitate the resolution of disputes with consumers and these efforts have been enhanced by the implementation of the European ADR Directive and the European Online Dispute Resolution Regulation. The continued development of online technology will only support the use of mediation or other facilitated dispute resolution processes in a wider range of civil and commercial contexts.

What are some of the challenges that persist with practitioners and cooperation’s despite increased reliance on ADR?

The primary challenges for corporations and their in-house counsel remain inconsistency in understanding and willingness to use ADR processes. Sometimes that resistance lies in counterparties that have not used ADR processes before.

Frequently, however, it lies among external counsel, who are apprehensive using an unfamiliar process or concerned that promoting ADR use would adversely affect their revenue (a case settled through mediation is litigation or arbitration revenue lost, so the argument goes, whereas the reality is that a good settlement achieved through mediation is usually a client relationship enhanced).

The Mediation and ADR Guide confronts these challenges head on and includes FAQs with suggested answers. It also includes a series of success stories in which European businesses across industry sectors have used mediation to resolve complex commercial disputes in ways in which litigation in domestic courts or arbitration could not have achieved.

The Guide is therefore intended to encourage in-house counsel to be knowledgeable and confident in ADR processes so that they can persuade business colleagues, persuade counterparties to engage, and to direct external lawyers to use ADR processes to support efficient and cost effective resolution of disputes in Europe and beyond.