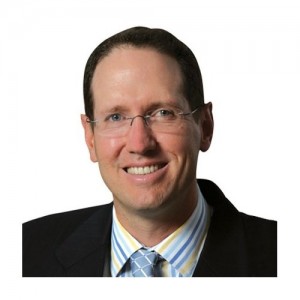 In the beginning of the new millennium, Central and Eastern Europe experienced a steady flow of increased foreign direct investment (FDI). In the five years between 2003 and 2008 there was nearly a EURO 2 billion increase of FDI in the region. Hungary was one of the most popular destinations for this investment and private equity took advantage. They rode this wave of investment in the country with a couple landmark transactions such as Mid Europa’s investment in Invitel, or PineBridge’s investments in TriGranit. Then the crisis hit.

In the next five years Central and Eastern Europe as a whole experienced a drop in FDI of approximately EURO 1.7 billion. Private equity investment in the region and in Hungary specifically proved to be no exception. While there has been a mild rebound in the last couple of years, with comparatively smaller transactions, the aftermath of the crisis is still felt.

“The main difference between the period before 2008, and after 2008, is the availability of financing. The unfriendly and irregular environment and tax system have made banks drop financing significantly,” said Dániel Kaszás, a legal counsel in the Budapest office of Kinstellar. “I think the whole economy, as well as the M&A and private equity investment market is suffering from this.”

Domestic, regional and international banks, all of which made unprecedented levels of acquisition financing and refinancing available to private equity investors prior to 2008, have been much more cautious since the crisis. As a result private equity firms have trouble leveraging their investments, decreasing the purchase price they are able to offer to sellers. Still, some sectors continue to see activity.

“If one looks at the last few years, there continues to be some private equity investment in Hungary despite the downturn and relative struggles in the economy,” explains Rob Irving, the Budapest-based EMEA co-head of private equity at White & Case LLP. “For example, in sectors such as consumer goods Hungary has tended to be a very attractive place for private equity to invest in,” continues Irving. “Sectors where the manufacturing happens here in Hungary, but the finished products are exported, are very popular.”

Despite being strong in the rest of the CEE region, sectors such as food retail, telecommunication and banking have been less attractive for private equity investment in Hungary in the last few years. And there are reasons.

“This can be explained by the significant amount of government presence in those industries through regulations and special sector taxes,” Irving said. 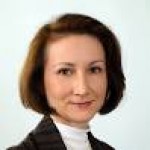 Csilla Andrékó is the managing partner of the Budapest office of Kinstellar.

The government is continuously changing the private equity landscape. “In the recent years there have been quite a lot of changes in the tax measures and legal framework by the government” said Csilla Andrékó, the managing partner of the Kinstellar Budapest office.

Particularly in regulated industries, all these changes make it difficult for an investor to predict the future of their investment. The uncertainty is just enough to turn them away to other opportunities. The new Civil Code that recently came into effect in Hungary hasn’t helped in providing legal certainty at the moment either.

The new Civil Code entered into force in Hungary on March 15, 2014. Unlike previous tweaks this was the first major overhaul of the Hungarian Civil Code since 1959.

“As a whole, it didn’t have much effect on investment. But it’s a big thing for us lawyers,” Kaszás said. “The new Code introduced certain new concepts, which have been adrift in Anglo-Saxon jurisdiction. So the provisions are a significant change for the legal community more than the investors,” he continues.

“The new Code is good, and it faces certain issues that we couldn’t clearly advise under the old Civil Code. Overall, the new Code is strong, creditor-friendly and enforceable so there isn’t much problem for the future, just a little bit of confusion at the moment,” Andrékó said.

“Basically the investors want to expect a stable and predictable environment. They want to focus on business issues rather than legal issues,” Kaszás added. “When you start explaining the uncertainty of the new Civil Code, investors immediately get a bit nervous. This will be a constant struggle for at least another year” Andrékó said. 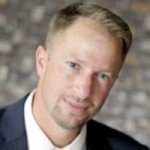 Dániel Kaszás is a counsel in the Budapest office. He focuses on M&A and corporate, competition law and dispute resolution.

So what else can the government do to promote, or make private equity investment easier? The lawyers bring up the analogy of venture capital, which is similar to private equity but generally focuses on earlier-staged, less mature businesses. Many European countries have introduced government-lead business incubation programs to jump start new companies and aspiring entrepreneurs who have the right ideas but lack the funding or know-how to execute a successful business.

For example in the United Kingdom, the New Enterprise Allowance (NEA), helps people on benefits to fund their own business. As of September 2014, more than 50,000 businesses have been set up throughout England, Wales, and Scotland. Not only does the grant present these entrepreneurs funding, it also offers seasoned mentors to help with business decisions.

However, introducing such a scheme would bring forth many challenges. Who chooses the company that gets the funding? Why them? Rob Irving believes that instead, the government should simply focus on setting up a friendly business environment.

“The governments role in this is to pay attention to the laws generally, to make them transparent and predictable for any investment, be it private equity or venture capital,” he said. “So far, the government has not been hostile to private equity, which is good, and private equity investors know to avoid investing in certain sectors. If the government wants them at some point to invest in those sectors, they will have to provide a more predictable environment,” Irving said.

Irving certainly doesn’t stand alone in believing that the government needs to comfort investors by creating a foreseeable economic landscape.

“The Hungarian government has to inspire confidence in investors and create an investor-friendly, predictable, legal environment. And not to forget, a tax system that attracts investors,” Kaszás said.

In short, the focus at the moment should be to promote a healthy business environment.

All this said, many lawyers are optimistic about the future of private equity in Hungary.

In the past, Hungarian citizens faced an entrepreneurial challenge. The mentality of the general population was relatively risk-averse. Individuals would rather stay in a secure job than chase their dreams on a road filled with risk and uncertainty. But this is changing with the help of so-called JEREMIE funds and an increasing number of young Hungarians who have studied or worked abroad.

JEREMIE Funds are a joint initiative developed by the European Commission in co-operation with the European Investment Bank Group and other financial institutions.

These funds are offered to EU Member States through their national or regional Managing Authorities, providing the opportunity for countries to use part of their EU Structural Funds to finance SMEs (through loans, equity and guarantees) in a more efficient and sustainable way. The scheme has allowed more and more young entrepreneurs throughout the EU, including Hungary, to take the leap of faith in becoming self-employed.

An increasing number of young Hungarians have the background and mentality to take this leap.

“If I look around, a lot of very interesting young Hungarians, many of whom have studied and worked abroad, are coming back and have great technology oriented ideas,” said Irving. “Because there is relatively less competition in the Hungarian technology sector than in the U.S. or Western Europe; the young, technology-savvy Hungarians are able to go in and work with some of the bigger Hungarian companies and build up their technological platforms around them, before exporting the technology. Some of these companies have been and will continue to be attracting international venture and private equity investment.”

The development of Hungarian technology oriented companies such as Prezi, NNG and others is one of the many reasons to be optimistic about the long-term health of private equity in the region. Moreover, the Hungarian government is showing signs of helping.

“The Hungarian government has started giving out positive signals. They have recently announced that they are going to halve the taxes levied on banks, so that’s a huge step,” Andrékó said.

Whereas firms had a difficulty financing their investments right after the crisis, a tax cut would allow banks to increase loans significantly. As Andrékó explains, “this will aid the banks to move towards financing new projects in the Hungarian market.”

Although no one can predict exactly what will happen in next few decades, if the legal and regulatory landscape for investors continues to become more stable and predictable, the future of Hungarian private equity investment is bright.

Ellen Hayes can be reached at ellen.hayes@gcgrapevine.com