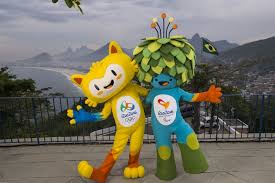 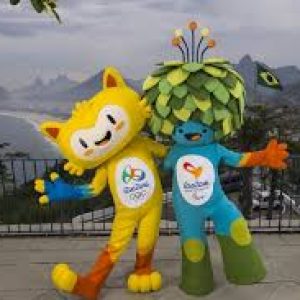 When Paul Hastings recently announced the opening of a beachhead in Sao Paulo Brazil the timing probably could not have been worse.

Brazil has seen three straight quarters of economic decline and the future does not look bright for the country, which still needs to pay for the 2016 Summer Olympics.

It is the longest recession in the country’s history, the president is one of the most unpopular leaders ever and Brazil is wrapped up in its largest corruption scandal of all time. Goldman Sachs recently described the Brazilian economy as “a mess.”

By the end of 2016 Brazil’s economy may be 8 percent smaller than it was in the first quarter of 2014, when it last saw growth; GDP per person could be down by a fifth since its peak in 2010. An increase in U.S. interest rates is also expected to hammer the economy further and could not have come at a worse time.

Michael Fitzgerald, Chair of Paul Hastings’ Latin America practice, told Bloomberg that it’s a strange time to be forging ahead in Brazil.

Already the firm has scrapped plans for a capital markets and finance practice and will largely bank on infrastructure work to sustain its three-lawyer office. One bright spot is M&A activity in Brazil, which was strong in 2015 as embattled companies embarked on extensive divestment programs. Many firms are just hoping things will get better.

“Possibly quite a few of our competitors are scratching their heads at this decision,” Fitzgerald said. “But those are firms that focus on bank lending or capital markets work. We believe other areas — internal investigations, or Foreign Corrupt Practices Act issues — can be very lucrative. And the country will continue to need infrastructure development.”

And yet despite the bleak outlook Latin America is still calling for international firms. Some firms like Baker Botts have decided to leave, but more and more — and despite warnings — global firms are embracing North, Central and South America.

It is a tale that is playing out from Mexico to Argentina. The question is, why? The short answer is that many firms see Latin America as a destination market.

Dentons is one firm that is strongly committed to the region. Jorge Alers, the firm’s Chief Executive Officer for Latin America and the Caribbean, said the strong upward momentum of Latin American economies presents public and private companies with tremendous opportunities.

“Fortunately, the quality and sophistication of the legal markets in Latin America and the Caribbean have improved so significantly during the last 30 years that today there are many law firms in the region that are competitive with the most elite firms around the world. In other words, there is no shortage of talented and experienced lawyers in the region,” he said.

The topic was a hot one at the International Bar Association conference in Vienna in October. The discussion was described as a session that aimed to debate the arrival and business development of international firms in Latin America, from the perspectives of local and international firms, and of local, regional and global clients.

The idea was to take a closer look into the different Latin American markets where international firms have a physical presence or where regional and international mergers have been announced, with an emphasis on the Brazilian, Chilean, Colombian, Mexican and Peruvian markets.

And the take away from most speakers was, Latin America is still appealing.

According to panelists, the growth of Latin America as a destination for law firms comes down to law firms following their clients’ mobility and their desire to expand operations and rising economies in the regions.

“You need to understand the needs of international clients and be global,” said Pessoa de Araljo of Baker & McKenzie in London.

Sergio Galvis of Sullivan & Cromwell in New York – a firm that helped build the Panama Canal – was the speaker at the session and added, “There is a new paradigm. Globalization has always been around but now it exists with intensely domestic market growth.”

“Law firms are making a footprint from one Latin American Country to another,” said Hugo Baquerizo of McKinsey & Company in Bogota, Colombia. “Latin America is a market in and of itself and it demands attention.  A few years ago it was Asia, before that Eastern Europe and now it is Latin America.”

On the distinction between international and global, William Wood out of the Houston office of Norton Rose Fulbright has this to say:

“The whole world market has changed and the borders are disappearing. In Latin America we’ve signed all types of treaties but the investment by private enterprises across LATAM is driving the reality of the economy

“You will have all model of firms, global, regional, local and it is an evolution, Latin America is not that different, more similar to Europe. At some point firms will need a direct presence,” he said.

Then again, some firms like Linklaters have a less ambitious but more selective LATAM Strategy.  They had an office in Brazil, but closed it while still maintaining a limited presence for English & IS law deals. The firm, however, continues to have an interest in Mexico.

Back to Brazil, there is still hope that the Olympics might at least distract from the internal political struggles and cast a brighter light on the country in terms of investment and FCPA work.

According to Ronaldo Veirano of Veirano Advogados in Rio de Janeiro Brazil has been cracking down hard on corruption.

The largest scandal in Brazilian history — “Operation Carwash” – has led to hundreds of people being arrested, including senators and CEOs. Five major companies are linked to the crimes.

For legal service providers, FCPA and infrastructure might be a good start while waiting for an economic rebound.

“Brazilians are remarkable in terms of the ability to make things happen,” he added. “The level of entrepreneurs and creativity is something that helps the forward success. The World Cup is an example. Brazil is probably better prepared now. The Olympics will be an event in terms of sufficient readiness, but it will be an event that people will enjoy going to. When people look back they will say ‘that was a perfectly organized event’”.

Whether the Olympics will have a positive impact on foreign investment in Brazil, however, is up in the air.

Call it a gamble or an opportunity. Latin America remains on the radar.