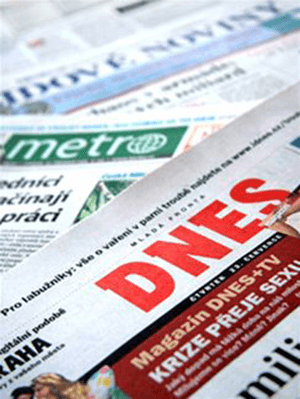 The Czech Republic’s second richest man is now the Finance Minister, but his media purchasing spree is raising political and antitrust concerns

Having recently taken up the reins as the Czech Republic’s finance minister and deputy prime minister, Andrej Babiš is likely to be looking at ways to stimulate an economy until recently mired in recession, while also balancing the budget and combating tax fraud.

Yet as well as being a minister, this Slovak-born 59-year-old is a billionaire businessman, and his recent spending spree has been sparking concerns.

The Czech Republic’s second-richest man, thanks to his Agrofert empire of around 200 companies, Babiš has over the past year become a media mogul, and was recently named by Forbes as the most powerful figure in the Czech media industry. Some newspapers have wondered whether the country has seen the emergence of a local Silvio Berlusconi.

“Any big concentration of political, economic and media power is risky, as we know from other countries where it’s happened,” says Jiří Pehe, a Czech political analyst and former advisor to the late Václav Havel.

“I think that it’s no coincidence he [Babiš] acquired some of the media at the same time he was running for office.”

Aside from disquiet over the potential for Babiš’s marriage of media and politics to undermine democratic accountability, there is the issue of whether his new mini-empire threatens competition.

His 2013 purchases were more significant. He now owns Mafra, publisher of two of the bestselling daily Czech newspapers, Mladá fronta Dnes and Lidové noviny, and a group that owns Impuls, a radio station said to have the largest audience share nationwide.

In January, the Czech Office for the Protection of Competition (ÚOHS ) approved the Impuls purchase, saying there was little horizontal overlap with Agrofert’s other activities and the deal would not distort the advertising market. 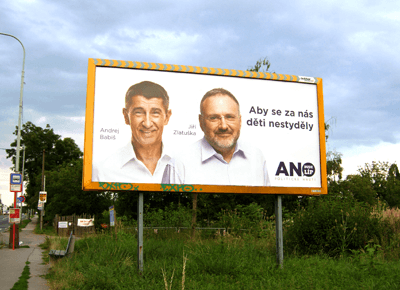 Billboard featuring Babis during Ano’s 2013 election campaign. Around this time he aquired Mafra.

Babiš is further extending his media empire, with Mafra having recently bought Webdio, which runs a string of websites together boasting more than 1 million unique users.

The ÚOHS said many Agrofert purchases were in areas where the conglomerate has not been active before, so did not raise competition concerns. Spokesman Martin Švanda said the purchase of Mladá fronta Dnes and Lidové noviny was just such an instance.

Some competition specialists do however have concerns. According to one senior Prague-based competition lawyer with an international firm, the ÚOHS has appeared “very keen on approving Babiš’s actions” and may not have provided robust oversight.

A case in point, in another sector, concerned Agrofert’s planned purchase of United Bakeries, described as the largest bakery company in the country. While that transaction was approved by the ÚOHS after Agrofert made concessions linked to competition concerns, the Slovak competition authorities did not provide the green light and the deal was ultimately shelved.

The ÚOHS insists there is a difference between the Czech and Slovak markets, with far fewer companies operating in Slovakia, heightening competition concerns there. Also, it notes that it only gave approval once commitments to divest “significant parts” of the bakery business were made.

Babiš’s creation of vertical integration within the agricultural sector, which is where he made his fortune after returning to the Czech Republic in the early 1990s from a spell in Morocco, is considerable. While the United Bakeries deal fell through, Agrofert has made other similar purchases, such as of the German bakery group Lieken early last year.

“They have large stakes in the chemical industries … They use the chemical products to increase the productivity of the agricultural products, and he has corn, and he also has the bakery,” the lawyer said.

“You start in the fields and you end up with the products that are ready to be sold, like the bread, then you advertise them in the newspapers or on the radio.” 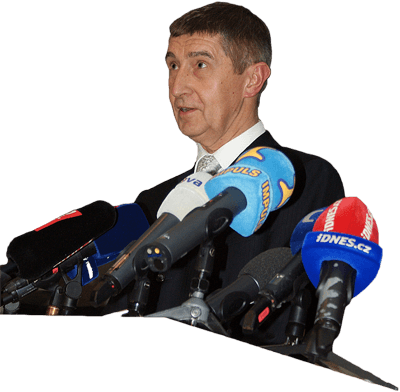 The lawyer said tougher regulation to prevent Babiš securing too dominant a position might be necessary. Yet making an assessment is difficult, the lawyer said, when the ÚOHS has not published detailed reasons behind some decisions. The lack of transparency in terms of newspaper circulations is another factor making it harder for outsiders to assess whether recent purchases have given Agrofert too dominant a position.

While there can be delays over what material is commercially confidential and should not be published, the ÚOHS insists all decisions and the reasons behind them are published.

As Agrofert continues its media buyups, some may wonder if the competition authorities will remain steadfast in applying the rules when proposed takeovers come from someone now operating at the highest levels within government. The office itself insists the finance minister gets no special treatment and it “strictly maintains an equal approach.”

“We have to repeat again that the Office’s approach to Agrofert mergers is exactly the same as the approach to any other company,” said Švanda.

I think that it’s no coincidence he [Babiš] acquired some of the media at the same time he was running for office.