Oil and gas development in Brazil continues to thrive despite hiccups 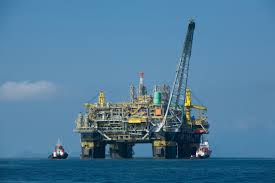 To understand modern Brazil is to appreciate the critical role oil and gas exploration has played in its development.

In the wake of early onshore oil field discoveries in the 1930s, the Brazilian government took decisive control over the industry’s development in 1953 by claiming national ownership of all oil deposits. Under the resultant Petrobras, this monopoly would last more than 40 years during which Brazil achieved a unique mastery of deepwater drilling technology.

On the heels of a privatization movement, Brazil deregulated the industry in 1997, though at 95 percent Petrobras remains the major market shareholder to date. Recent years have seen an unprecedented boon, positioning Brazilian reserves (over 90 percent of which are offshore) among the fastest growing worldwide. Since 2002 alone, more than 9 billion boe (barrels of oil equivalent) have been discovered in more than 50 new oil and gas fields. In 2006, early pre-salt oil fields were discovered off the coast of Rio de Janeiro and have dominated the conversation among energy attorneys regarding continued evolution of the regulatory framework. 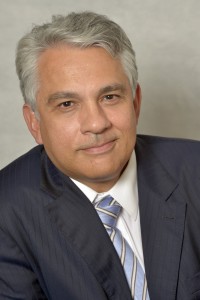 However, for 25-year oil and gas veteran, Paulo Valois Pires, Brazil has every reason to remain optimistic about continued flow of investments. “The market is evolving quickly in Brazil, and there are many competing players” notes Valois, a partner at Paulo Valois  in Sao Paolo.

“Offshore opportunities are still here and growing.  Oil companies historically take risks, and they know how to manage those risks while operating under difficult political conditions. Brazil is no place for beginners, it’s a sophisticated climate. But the opportunities for sophisticated players are undeniably present.” Indeed, interest in Brazilian oil and gas has skyrocketed, notably in the wake of the pre-salt discoveries in 2006. With three major pre-salt deals, including two involving the Chinese NOC (national oil company) Sinochem, transaction activity totaled more than 22 billion is 2010.

The scope of proven reserves and maturity of the infrastructure next to regional competitors (save Venezuela) reinforces such confidence. With $15 billion (U.S.) of proven reserves and an additional $40-$45 billion when one factors in the pre-salt reserves, the Brazil’s geologic “good genes” stand poised to withstand economic upheaval.

“I’m definitely bullish in the midterm, but with oil and gas accounting for an increasing share of GDP (moving from its current 10-15 percent), it’s clear that all sectors will stand to gain from this tremendous momentum.”

Cities too have seen an influx of investment on the coattails of the growth of energy business, with certain urban centers attracting growing concentrations of oil and gas investments.

“This is a lot of money at the end of the day, and we’ve seen it heavily concentrated in Rio, which is becoming an increasingly important financial hub,” says Valois.

Rio de Janeiro, Brazil’s second urban and economic center after Sao Paulo, is the continent’s center for oil and gas exploration, driving business opportunities. In 2012 alone, the city received $7.3 billion in foreign direct investment, estimated to be seven times more than the year before, and more than twice as much as Sao Paulo, the state’s capital.  Indeed, the waters off of Rio, including the flush basins of Campos and Santos, account for nearly 80 percent of Brazil’s oil reserves and nearly 45 percent of the country’s natural gas reserves.

Still, Despite its relative political security, massive sector investments, and a boon of supplier opportunities, Brazil contends with several challenges that may impede the oil and gas sector.

For Brian Bradshaw, co-chair of the Latin American team at Morgan Lewis, Brazil has taken on considerable exposure by placing itself in control of the pre-salt reserves.

“The Brazilian government went from a concession-based regime with steadier oil and gas revenue to being in the oil and gas business itself through production sharing contracts in the Pre-Salt area. Many countries choose not to take on the volatility associated with the oil and gas commodity prices and prefer taxes,” Bradshaw says. “Over the last 30 years the prices of oil and gas have been all over the map.”

Bradshaw adds that he hopes Brazil is in a position to weather the storm of low oil and gas prices.

“Further, there’s a “pay-to-play” problem insofar as the capital requirements of companies uncomfortable with Brazil’s bid scheme and the rules,” he added. “The size and scope of the projects mean that international companies interested in Brazil have considerable lead time during which they invest many multi-billions of dollars. The real potential players in Brazil’s offshore world are the oil and gas super-majors with deep pockets and an appetite for commodity risk.”

Bradshaw went on to say that local content laws continue to bedevil production capacity, creating bottlenecks in equipment and skilled personnel availability that are not expanding in line with growth targets. While Brazil’s unemployment remains low, rules requiring that more than a third of project materials come from local sources during exploration and more than half during development mean that the constrictive local content requirements have rendered Brazilian projects less financially viable for foreign investors.

Further, there are inherent technical challenges and operational risks. Brazil continues to fight a familiar maelstrom over hydraulic fracking activities.

“Shale gas could be a huge business in Brazil,” Valois says. “Take Argentina, for example, who is coming back to the game precisely because of its fracking activity. Their reputation is enormous.

“Brazil also has a good reputation but we’re in the middle of intense debate of hydraulic fracking activities,” Valois says.  “The resolution with respect to fracking activities was not well perceived by concessioners and continues to require drawn out approvals and so on. We still need to deal with shale gas opportunity, in same way that the United States does. It will take time, but it’s a trend that cannot and should not be ignored. Not near term, but more midterm.”

“Because of gas shortages,” explains Valois, “50 percent of our consumption comes from Bolivia.  It’s an important deal we have with an important neighbor, but we have had problems in the past including disputes with the Bolivian government over gas crashes.”

Petrobras currently imports 30 million cu m/d of gas from its western neighbor. That volume of natural gas is shipped to Brazil via the Bolivia-Brazil Gas Pipeline, or Gasbol.  A reservoir drought took the country’s hydroelectric power system to record lows, forcing Brazil increase reliance on gas-fired power plants and- consequently– for the fuel.

Despite the risks and challenges, Brazil will remain a cynosure.

“The reserves in Brazil are impressive by any measure,” Valois says. “People will continue to invest and the industry will grow.  There will be the occasional hiccup, but Brazil is a major player for at least the next few decades.”