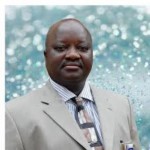 While it’s not unusual for international law firms to engage in some form of pro bono work, Herbert Smith Freehills is making headlines for their vast assistance to Sierra Leone in combating the Ebola pandemic over the last several years. Now, that assistance is opening up renewed channels of investment.

Earlier this month, Sierra Leone’s Ambassador to the United Arab Emirates, H.E. Siray Alpha Timbo, presented the country’s investment possibilities across various sectors at the ‘Doing Business in Africa’ seminar in Dubai. HSF hosted the presentation for their multinational clients who are currently doing business in Africa or have plans to invest there.

During his presentation, Ambassador Timbo addressed current measures in place to stimulate economic recovery following the Ebola outbreak in Sierra Leone. Ambassador Timbo also re-pledged his country’s commitment to improving its rankings on the World Bank Group’s Doing Business table, which involves removing barriers and constraints to private investments and economic activity, and strengthening systems of governance for financial accountability.

Herbert Smith Freehills is an international law firm co-headquartered in London, United Kingdom and Sydney, Australia. Consistently ranking as one of the top legal brands globally, HSF has been providing legal support to the Government of Sierra Leone through its Fair Deal Sierra Leone pro bono facility, set up by corporate partner Gavin Davies in 2010. Since then, according to the Awareness Times, “the firm has provided over £1.2m of free legal advice to the Government through the initiative – this includes the recent work of a cross-practice multi-jurisdictional Herbert Smith Freehills team, which has been advising the Government in relation to the commercial impact of the Ebola crisis.”