The expat’s guide to Istanbul 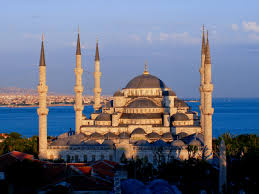 With its ancient beauty and juxtaposition of the old world and new, religion and art, east and west, tradition and revolution, it’s hard not to fall in love with Istanbul.

The city feeds you a kind of nutritive energy that will leave you feeling satisfied even after an unproductive day fashioned solely around breakfast. You’ll find it much too easy – and culturally acceptable – to spend countless hours sitting outside, drinking endless cups of Turkish çay, watching the flow of a polarized population that makes the hustle and bustle of this city unique from all others.

When you arrive in Istanbul, you’re greeted by a thick humidity and a tough mentality. If you’re also greeted by your concierge you will bypass your first encounter with the city’s stubborn taksi fleet, but you won’t, however, avoid an introduction to its unmanageable traffic situation.

No, that’s not a typo- the Turkish alphabet omits the nonessential x, w and q, turning taxi into a practical ‘taksi.’ You will experience a sense of relief when you learn that Turkish vocabulary is pronounced exactly the way it is spelled – easy, right? – until you have to tell your taksi driver you’re headed to Büyukdere Caddesi in the business district Mecidiyeköy.

There are no rules when driving in Istanbul. Just remember that when you cross the street or willingly ride in a dolmuş – an eight-sometimes-10-person shared taxi. Perhaps if you stared at the city from above, its movement would resemble that of our own body’s bloodstream – cells rushing through narrow passageways, multiplying, stalling, squeezing past blockages in the arteries, out to the fingertips only to then change direction and head back towards the heart. 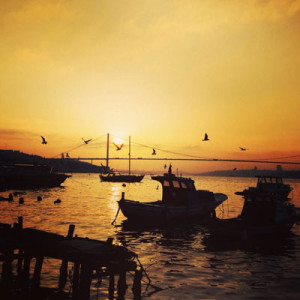 The city is in constant movement, in the same direction that you’re going, at all hours of the day. You might be late to your meeting, but so will the host. You’ll buy simit from the passenger window of a vehicle in traffic on the freeway and it will taste better than a New York bagel. You’ll grow closer to your commuter counterparts on the metrobus than you did on a first date with your high school sweetheart. And after a while you’ll adjust to, and become appreciative of, the city’s beautiful chaos.

A variety of transportation lines connect all corners of this vast metropolis and offer refuge from a life spent on the E-5. The government has made a point of funding the system’s expansion considerably over the last 10 years, and banners touting, “Her Yerde Metro,” (“Everywhere Metro”) are plastered across the city to remind you.

Six months ago, IETT opened the first and only transcontinental metro line, Marmaray. However, when arrangements warrant a trip to the Asian side, your best bet is to catch a ferry across the Bosphorus for amazing views of the city, day and night. You will then fight an urge to boast to friends abroad that you started your day in Europe, followed by a business lunch in Asia.

When the day’s work, and commute, is done, you’ll find comfort in an eclectic array of restaurants, cafes and bars. In the modern cultural hub of Taksim Square, along the lively, touristy Istiklal Caddesi, it’s not easy to find a quality cocktail hour or an authentic Turkish meal.

Follow the universal advice to avoid tourist restaurants and take recommendations from locals, and after a few weeks you will navigate yourself through the city’s narrow streets and to the roofs of seemingly vacant buildings to your favorite lokanta and cafehane, without much hesitation. Each Turkish city specializes in its own single dish – kebap in Adana, tantuni in Mersin, simit in Ankara, baklava in Geziantep – and Istanbul is a melting pot of these rich delicacies. You are in for a treat.

The Turkish breakfast, kahvalti, is a rites of passage for the Istanbul newcomer. Take recommendations from colleagues and friends on where to enjoy the best array of local delicacies of fresh cheeses and spreads, sucuk, menemen, vegetables, and various ages of cured olives in herb and citrus oils; you might be invited over to someone’s home to enjoy the best version of this cultural staple.

Turkish cuisine is a premier aspect of Turkish culture, and is among the best cuisine you will encounter in all of Europe. Turks are proud of their food and they won’t let you forget it. But their pride is justified by a natural style of cooking that focuses on preparing the fresh, organic products of the domestic agriculture industry with a refined taste that could only be perfected over centuries.

With its archaic history, bicontinental location, and recurrent changes in rulership, Istanbul is a place that harbors lifestyles and perspectives of every varying degree. This is evidenced in the Catholic Churches that share street blocks with Islamic Mosques, by the frequent clash of police and political protestors, when you hear the midnight call of prayer compete with the music of an all-night dance club.

A Turkish personality is distinguished by traits of accommodation and curiosity, so you’re likely to be welcomed by those of all ages, backgrounds, religions, cultural standards, political beliefs; despite the volatility of a polarized culture, a Turk’s charm has the ability to ensue a sense of community in a city of more than 15 million, and will leave you feeling right at home. 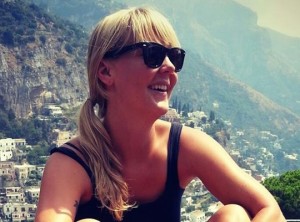 Haylee Corliss is an American travel writer living in Istanbul.