Why cross-border M&A is thriving 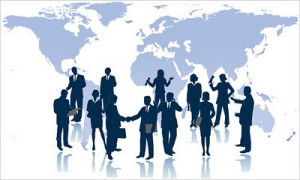 The number of cross-border M&A transactions globally is on the rise, close to its post-crisis high. Powerful macroeconomic and political forces continue to provide impetus to globalization, and companies around the world are driven by their strategies to move into new markets and jurisdictions.

To explore this trend, working with FT Remark, Baker & McKenzie surveyed 350 executives who have recently undertaken cross-border deals and identified five significant motivating factors for M&A, the challenges each generates, and crucially, how to overcome them.

Tim Gee, Baker & McKenzie’s global head of M&A, said: “The fact that almost 90 percent of respondents describe their recent deals as successful, with more than a third of executives planning a further deal in the next two years, tells us cross-border M&A is a key tool in the implementation of business strategy. We chose to examine this trend through the lens of the principal strategic motivation behind each acquisition. Why a deal happens plays a large part in shaping the nature of the transaction, and the issues that management and their advisors face. Understanding these issues from the outset makes for better, more successful deals.”

The Going Global Strategy and Execution in Cross-Border M&A report is based on research and data from FT Remark and Mergermarket, leaders in M&A market research, combined with the experience of Baker & McKenzie, which advises on more cross-border M&A transactions than any other law firm. The report contains a foundation of data and analysis and a mix of quotes and case studies based upon the experience of cross-border acquisitions from the companies involved. Baker & McKenzie partners from our offices around the world contribute practical advice on identifying and addressing the challenges of executing cross-border transactions.