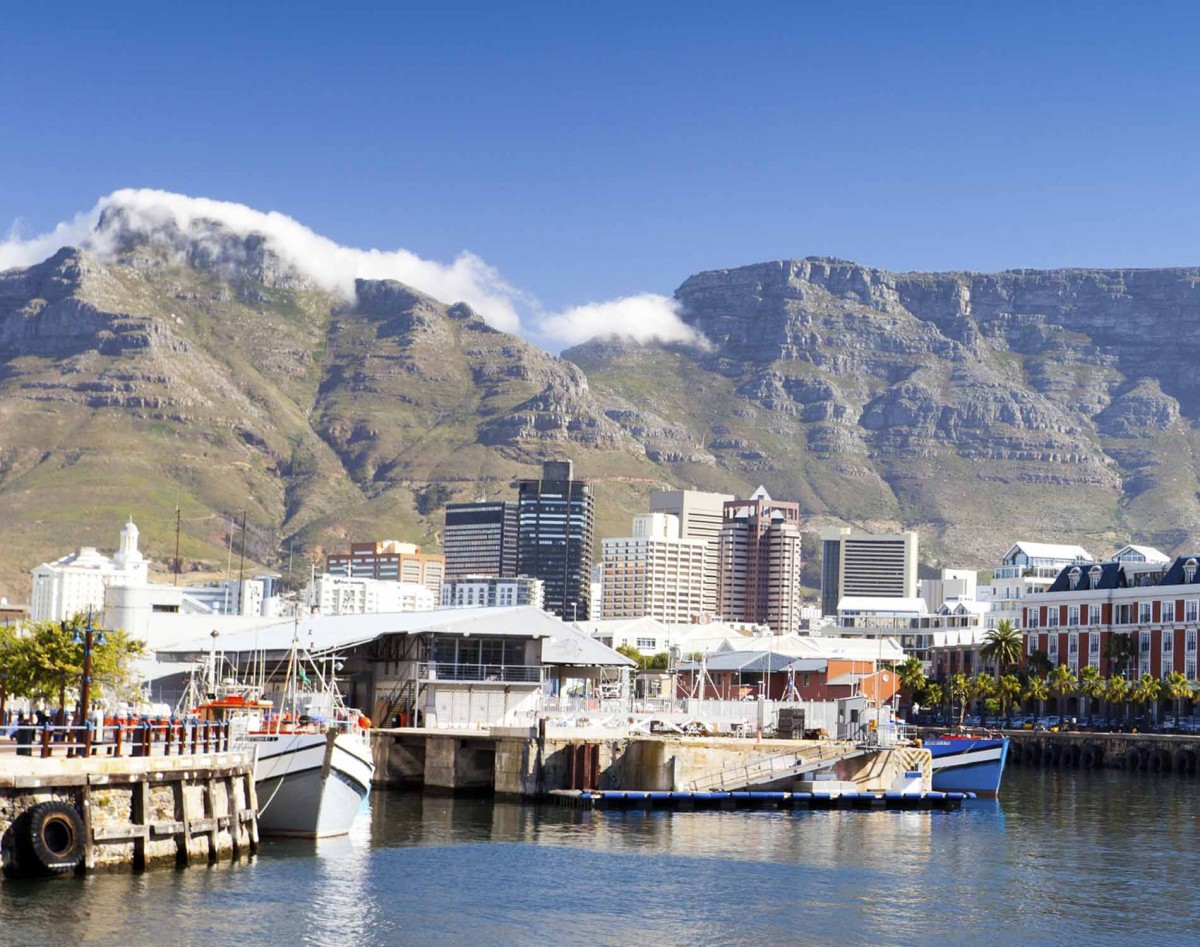 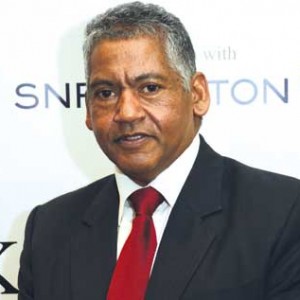 International intrigue with South Africa has tracked over decades of civil unrest.  Twenty years after the end of Apartheid, the economy is experiencing a boom of activity and investor interest remains robust for sectors ranging from mining to renewable energy.  Indeed, South Africa remains a jurisdiction of considerable interest for the international legal community, with the market experiencing yet more change.  Moving with the eddies is global banking and finance expert Noor Kapdi, who leads the Dentons team in South Africa and is Founding Partner of KapdiTwala (now Dentons).

Though Dentons’ association with KapdiTwala began in 2012, the merger became effective in April 2014.   The new Dentons offices in South Africa mark the first time a global law firm has joined with a Level 1 Black Economic Empowerment (BEE) law firm. KapdiTwala will continue to be a Level 1 status firm, 100% owned by local partners and will continue to be led by Mr. Kapdi.

Through its entry into South Africa, Dentons is embracing its unique mission to govern as a confederation.  As Global Chair Joe Andrew noted last spring, “As a polycentric law firm that embraces multiple legal traditions and cultural diversity we are eager to offer our clients the advantages created by being the first global firm to partner with a BEE law firm in South Africa. It is yet another way we are meeting our commitment to providing clients access to the best lawyers with deep knowledge of the local law wherever our clients operate.”

You have a rich and fascinating background.  Can you give us a sense of it?

I qualified in the 1980s, and anyone who knows South Africa knows that these were among the most turbulent years.  We took to the streets protesting the government.  Consequently, I became more politicized as a student.  This mobilization forged a strong measure of activism and politicization of students at the time.  It was difficult even after I completed my degree at the University of Cape Town.  I had to apply for a permit to study as a person of color.  Large white firms did not have employment practices that created opportunities for people of color and there were too few black firms in the market to absorb black graduates.

I spent first my 6 years post-qualification unemployed as an attorney. I got by getting involved in commercial enterprises.  I eventually secured my articles -doing criminal work.  Articles are a traineeship for 2 years prior to sitting for the board exam.  To get to the exam you are required to complete the two years and therein lay the difficulty because despite best intentions, the main white firms would not readily hire blacks and there were too few law firms to absorb the number of black graduates.  The consequence is that there are few senior black commercial lawyers in the country today.

Before you started practicing, post articles, what delineated your career path?  What did you do?

I spent 6 years trying to make a living and honed my entrepreneurial skills and was forced to develop survival business skills.  After I completed my articles, I opened my own law firm in 1992. Before that, however, I did several things.  I sold fruits and vegetables, and I had a spice shop.  I also managed a service station, which was my first interaction with oil and petroleum companies and served as the genesis of my eventual career as an oil and gas lawyer.

When I opened my practice, it was handling low level business law matters assisting the black community.  The immediately post-Apartheid economy I found myself trading in did not lend itself to larger commercial work opportunities.

What launched your entry as an attorney in Oil & Gas?

By 1994 we were the largest black practice in country, performing mostly domestic work including advising small businesses and a fair chunk of civil rights and criminal work.  We did what society required of us. By 1994 I had good professional relationships.  One day, I made an appointment with the General Counsel of largest oil company in country to present my firm’s capabilities.  I understood they owned all these retail outlets and a refinery.  While I knew I did not have the requisite knowledge per se at that time, I knew I could do their collections, leases, and everything that had more to do with business, less with oil.  That brief interview was a turning point for me.  Through my development as an activist, I made inquiries and found out that the enterprise used 1 law firm predominantly.   I called up that firm and told the managing partner I wanted to buy a stake in his business.  As it was a specialty industry, I knew I could never do the work myself.  I could own a business that could do the work.  We became good friends and I became managing partner of Kritzinger & Co.  Within six months of joining, I was probably the biggest fee earner on the account.  I was determined to know the business and know it well.

How was the Oil & Gas sector in SA developed? What was the tenor of the industry at that time?

When I started out, the ANC had  just came into power, and it’s proven to be a better liberation movement than a government.  The ANC developed superb policy positions but implementation remained challenging- it was a difficult time.  We had black leadership, black power, but no actors in the economy.  The oil industry was no different, and was controlled by 5 majors continuing, by and large to conduct business as usual.

One key intervention was the government engagement with the oil companies which resulted in an agreement now known as the Liquid Fuels Charter which required that over time 25% of the value stream would be owned by people of color.  The idea was that  industry would adopt programs and practices which would to ensure transformation, for example, from all white-owned to at least 25% black owned to conform with a black economic empower  program.  There has been limited success to date, due mostly to limited commitment by oil companies and  as a consequence of government’s approach- of not  being too forceful a regulator. It is a dangerous  exercise to have the energy industry controlled in the way it was -with limited economic participation by black people-it is neither economically and politically sustainable.  But I’m hopeful that it will change.  Democracy is valuable to each citizen and we want to protect this democracy for all whether, white or black.

What trends do you foresee?

Downstream, the principle of regulating human conduct isn’t sustainable.  You can manage some conduct, but that will always have to be flexible.  Always better that industries self-regulate, but we’ve seen resistance for a number of reasons.  For example, if I know how to make money a certain way, and I do it well, there’s very little else that I want to do.  So when the government regulates, the natural inclination is to continue what I know how to do and meet minimum standard to comply.  Industry hasn’t embraced has not understood or embraced the transformation agenda.  Industry has simply complied.

I think industry would move faster and make more profits more sustainably by understanding the national agenda and promoting it.  It serves as a great commercial opportunity to make healthy profits.  Unfortunately, nothing is happening yet.  There is a fiercely adversarial relationship between the oil industry and the regulator and it requires work.

Some current projects?  What challenges can you identify?

There’s not a long list of deal-making activity in downstream due to the size of the actors.  There also hasn’t been much M&A activity in South African market.  Elsewhere, this is not the case.  There’s been very little investment in new infrastructure. Moreover, there has been a reluctance to invest due to regulatory uncertainty.  The critical concerns flow from the questions: How will the government regulate conduct next? How will they require us to change?

Whilst there has been organized regulatory change, and it’s been consistent and constant.  The energy industry is responding to uncertainty of what government is planning to do next.  Parties are in adversarial positions; they’re not talking, not embracing.  This creates a measure of uncertainty that retards investment.

The firm has been active with ensuring clients can comply with regulatory change.  There have been substantial changes in the environmental space. Industry has had to make several interventions to ensure it complies.  We provide high level of support. Industry has had to follow regulation.

In trading, the environment is interesting. There’s been a lack of investment in refineries and upgrading facilities, and of course you have a growing economy.  We produce less than we consume so there is requirement for imported products.  Of course that’s a fertile environment for trading companies.  I’ve seen them move into sector and play a far more active role.  Previously there were very few trading companies active in the petroleum economy in South Africa. Globally, trading companies are starting to integrate and move into physical asset space.

Upstream, lots of interest offshore.  Major  company embarked in drilling program.   Shell, and Exxon waiting in the wings.  Lots of excitement to capitalize on.  Proudly, Dentons is a major player in that space.

What has the entry of Dentons in SA meant?

I returned to practice 4 years ago.  I found the oil industry very exciting, and had joined a PE firm supporting upstream E&P companies.  I decided to return to practice and focus on energy because I understood all its facets in my country.  I started the firm KapdiTwala 4 years ago. We’ve done quite a bit of work for Total, with whom we’ve had a long term relationship, facilitating growth of a global black practice in South Africa.  I’ve acquired a fair amount of knowledge in upstream (drilling programs in Mozambique); worked on optimization and acquisition projects in Iran (no sanctions imposed from SA but for UN sanctions); also had mini boom in our own waters.  Attended shipping courses to understand how the equipment operates and to gain a good understanding of what’s involved in drilling program, PSA, and PSEs.

In South Africa, Dentons was attractive to us because with 650 energy lawyers, they have the biggest practice in the world.  It behooved us to engage by giving us extensive sense of our capabilities.  We were the only black firm doing nuclear in the country and this has been made possible because of Dentons.  There has also been a fair amount of renewables work because of support and cooperation with Dentons.  The business has grown substantially.  We represent 40% of independents in the E&P space.  Dentons in South Africa can boast that it enjoys superb relationships with the regulator largely due to KapdiTwala and before, back to when I was working in civil rights space as a student.  We are well poised to develop business that is very meaningful going forward.

What’s been most important to me is that Dentons has retained the fabric of Kapdi Twala as a black firm, which was essential to my agreeing to the deal.  They’ve embraced the opportunity inherent in this transformation.