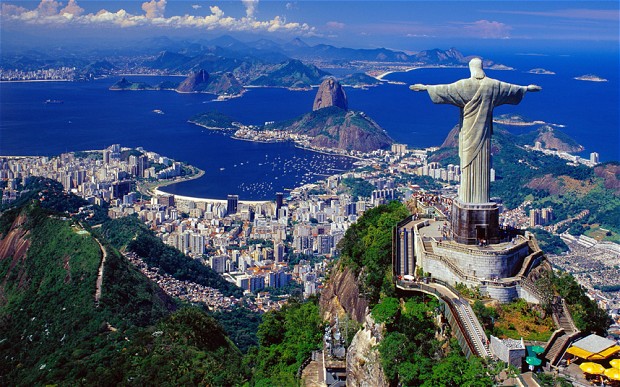 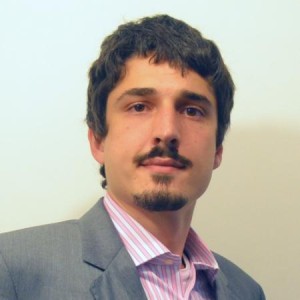 Guilherme Donega is an attorney responsible for audits, litigation and tax compliance for GE in Brazil. This means that his daily job is to deal with the most complex tax legislation in the world that involves an archaic tax system with a mix of digital tax returns. The result is often microscopic validations of every single tax aspect of business. It should also be noted that Donega carries out his role in one of the most litigious countries in the world.

Your career track has been a fast one. Can you give our readers a brief overview of how you got to where you are today?

I joined GE in 2008 after a couple of years as an intern in private practice. Being part of a law firm is truly a terrific experience and I recommend it to every lawyer. When I was part of that world, however, I felt overwhelmed by the diversity among our clients and distant from the things they did. So I decided to join the other side of the table and came to GE to become part of the legal team.

About five years later and having passed through different roles in several GE businesses areas, I can only look back and cherish that decision. Big companies are fertile ground for career development for those willing to commit the time and effort and GE is no different.

Being focused on results, clear communication and high standards will get professionals moving fast on their career. With this in mind, I moved from Legal to Tax, from intern to attorney and from attorney to manager in less than five years.

GE is huge and extremely diverse corporation. Can you tell us a bit about your role in the company?

Beginning in 2013 I have managed an area responsible for part of GE’s tax compliance in Brazil: tax audits attendance, litigation and compliance monitoring. This team is part of a shared center that delivers tax compliance services to GE business units in Brazil.

Basically, my job is to guarantee that GE business units are adopting tax efficient compliance, to the extent of GE’s tax positioning and to support our compliance when going through external audits. If everything goes wrong and GE comes out of a given audit with a tax assessment, the team I manage is also responsible for appealing that tax assessment under administrative courts.

But the great thing about working for GE is that we actually make great things. If you are brave enough to get out of the office in Sao Paulo and go to a GE business unit facility you get to see how GE equipment changes the world: healthcare machines, wind turbines, oil extraction equipment and so many other solutions that the world really needs.

A recent article in The Economist described tax disputes in Brazil as being as common as “string bikinis and Samba”. What issues are you facing?

A recent study pointed that there is at least (U.S.) $230 billion in federal tax disputes at stake in Brazilian judicial or administrative courts. As we follow a three-level taxation system (federal, state and municipal taxes), you can add to this number some significant state and municipal exposure.

But even if you disregard that fact, $230 billion is 15 percent of Brazil’s GDP. For comparison, in the United States, the IRS stated that there is $40 billion in dispute, or 0.2 percent of the country’s GDP. Not only is the amount in discussion high, but the number of existing tax lawsuits is also scary. In Brazil, there are 16 tax lawsuits for each 10,000 inhabitants; in Canada there are two for each 10,000.

Inside those disputes there is an enormous quantity of topics being discussed: from taxation of international profits of Brazilian companies to electronic bureaucracy formalities fulfillment, from goodwill amortization to transfer pricing calculations, most of Brazilian tax matters are subject to lawsuits. If it is in the tax legislation, chances are that someone has already litigated over it.

The World Bank rates Brazil’s tax code as the world’s most complicated. Do you agree? If so, why is that and how do you navigate it?

I surely do. There are 88 taxes in place in Brazil right now. If that does not sound complicated, keep in mind the federal 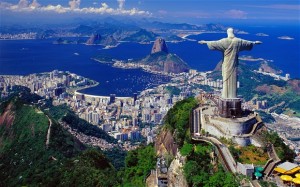 government, plus all 27 states and 5,560 cities can issue their own rules about the taxes they manage. This results in about 46 new tax rules every single day. As there are so many new rules, some of them tend to conflict with either the Tax Code, the Federal Constitution or any other existing tax law. This leaves a lot of room to litigate.

Managing so much complexity is not easy. First, you need a lot of creativity to see the system as a whole, while keeping in mind that each tax is specific. Second, as you have stated, Brazil is the country in which companies spend the most time among the entire world to comply with tax obligations: 2,600 hours per year. Second is Bolivia, with 1,025 hours. So you also need a large team to manage tax compliance.

As a follow up to the above question, what does Brazil need to do, in your opinion, to improve and streamline its tax system?

Brazil needs to understand the impact our tax system has on companies. Big companies can afford to have tax professionals that will try to achieve tax efficiency. Small and medium sized ones cannot. These last two are more than 90 percent of the number of Brazilian companies and represent around 20 percent of the country’s GDP. Do you think they can also manage their taxes wisely in this heavily complex system?

Brazilian tax authorities must start to see taxpayers as partners, not enemies. Tax revenue has been going up for years now as the investments in the country are growing. Businesses are leaving the formal economy and the demand for consumption is growing.

This fertile ground will reach its limit and the only way to go beyond it will be through changes on how tax authorities sees taxpayers: tax revenue will only grow further if businesses are growing; and business will only be growing if they can partner with tax authorities to achieve simpler tax compliance environment.

Lastly, the country needs to have the courage to change what is not working. The three existing tax entities do not necessarily feel comfortable with the taxes they get today, but they at least know how much revenue they will have at the end of the month.

Each one of them is afraid to lose this predictable revenue with a change in the tax system, but if no one shows the will to change how things work, Brazil will keep ranking first in the World Bank study forever.

Much has been made of how tax authorities in Brazil approach audits. Can you explain their approach to our readers?

We can split Brazilian tax audits into two kinds: crosschecks and positioning audits. Having the most complex tax system worldwide makes returns hard to file and prone to errors. Once your returns go to the tax processing system, the authorities crosscheck the returns with other returns that should have matching information, be it submitted by third parties or by yourself.

For instance, you have at least a couple of taxes that are levied over companies’ income with separate returns for each of them. They should have matching information; if they do not (and sometimes there are reasons for the mismatching), the IRS will send an auditor to check the tax calculations in detail.

As our legislation demands strict tax controls, it is common to have auditors going through thousands of invoices, returns, balance sheets and contracts. Because of that, it is not uncommon to have audits lasting for years. And as auditors are usually looking at two to three year old returns, you must imagine how hard it can be to go through the company’s records and find the proper documents – sometimes there are more than 50 people going through rooms full of boxes of documents to find what auditors request in a five to 20 day deadline.

Other than those crosschecks, there are also cases where tax authorities decide to dive deep into a specific tax positioning adopted by a given company. Usually, tax authorities interpret the existing legislation in a way that results in a greater tax revenue for them, stating that any positioning different to theirs is abusive (even when judicial courts have already stated they are not). Once they think that a taxpayer is taking an abusive tax approach, they open audits to check it and ultimately challenge it.

Has electronic filing helped the country in any way or simply made things more complicated?

Electronic filing has been in place for some time now, however the way it was implemented did not help make compliance any easier, it only helped tax authorities to find more and more issues to audit.

In recent years, electronic returns have gone through changes. Federal tax authorities partnered with states and decided to revamp the electronic returns with the goal to give complete access of the companies’ controls to the IRS.

The idea itself is not all bad as it could help to minimize hours spent in tax compliance by automating a lot of manual work. However, I see a couple of problems with how the idea is going so far: first, these new electronic returns coexist with the old returns, basically doubling the necessary time to file them.

Second is that once your compliance is fully open to the tax authorities they can get to know the tax positions of companies, for each individual operation they do. Once the authorities disagree with a given tax treatment, they could issue a tax assessment electronically, without giving a chance for a company to justify its positioning on audits, meaning they have to defend themselves in court.

Is Brazil’s byzantine tax system resulting in less foreign investment in the country?

I cannot say on behalf of GE, but in general, it is my personal impression that Brazilian tax environment indeed does drive investment away from the country.

Brazil has been lucky for a few years due to high demand for consumption, especially among the lower classes. With this level of demand the tax environment was not a roadblock for investment. Everyone was investing in Brazil, so why should a company go elsewhere? However, once this demand stabilizes and companies need to choose between similar markets, I tend to believe that they will choose one with the most predictable tax environment.

What advice would you give to foreign companies looking to do business in Brazil?

Hire a Brazilian tax expert. If he tries to explain something you do not understand, be patient.

What are the biggest challenges and rewards of your job?

As for the challenge part, I think it is the balance between prioritization and focusing on details. When you are constantly dealing with more than 30 tax audits, 20 tax appeals and several internal compliance validations, you must have the skill set to focus on what is important.

Notwithstanding, you must validate every interaction you make on audits and appeals in detail because they will be analyzed by auditors. Navigating Brazilian tax complexity can be a challenge, but feels very rewarding once you get to solid ground and see the path you sailed.

Beyond that, I am also really proud to work for GE and to be pushed on a daily basis to deliver results with the highest standards. And to know that at the end of the day, I have guide GE in this complex scenario and allow the company to conceive new solutions to the world’s toughest challenges.

When you compare problems like healthcare and ecological power generation to Brazil’s tax environment, you could say that what I deal with daily does not even come close to the world’s real problems.